Wage Garnishment: What You Need To Know 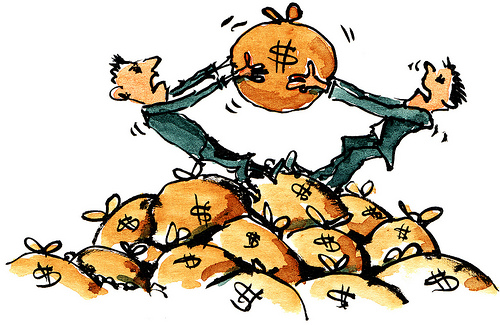 When you’re struggling with debt, it may seem like there is no way out. Even if you have always been timely in paying your bills and have made good decisions, you may still struggle with debt due to unforeseen circumstances, such as the loss of a job or an injury resulting in medical expenses.

As the bills add up, some creditors can be aggressive in collecting, and may even pursue avenues that might seem extreme, such as filing a lawsuit or placing a lien on your property. One way that some creditors attempt to collect on a debt is through wage garnishment, which happens when a creditor claims a portion of your regular income.

Certain protections are in place

Under federal law, employers may withhold up to 25 percent from your paycheck for wage garnishment purposes. This amount is after taxes. Depending on your income, the amount that may be withheld could be less, as federal laws only allow garnishment up to a certain amount for lower-income individuals. Some states have more stringent laws on wage garnishment limits, but California does not.

If you have a creditor that’s threatening to garnish your wages and you are unable to get out of debt, you may consider filing for bankruptcy protection. This option is always available to people who have overwhelming debt and could use a fresh start.

To learn more about how bankruptcy can stop wage garnishment, contact Max Gardner, an experienced Bakersfield bankruptcy attorney at 661-888-4335